Agh, I’m back at it. You may have noticed I have been a little quiet over the past couple a weeks and that is because I have been a very busy bee! I’ve mainly been concentrating on Danny’s clothing brand so I haven’t had much time to sit down and write! Oh boy have I missed it though…And what better way to start of but with a cheeky foundation review? Take a seat ’cause your in for a treat. just realised that rhymed, I swear that wasn’t planned! ….. END_OF_DOCUMENT_TOKEN_TO_BE_REPLACED

Yep, back to reality this week. Last week me and Danny went to the famous Devon Coast for a week of relaxing by the sea, Even If it did rain near enough everyday.. Typical! During our time there I decided to film a few bits and jumble them all up into a video. It’s nothin’ special, But I just really enjoy creating them. END_OF_DOCUMENT_TOKEN_TO_BE_REPLACED

Another blog post about highlighters, 2 in fact. These beauties come from Make Up Revolution and they go by the names of Skin Kiss. They do 4 shades in total but these were the two I opted for as these were the two I thought I would get the most use out of.  I got the shade ‘ice kiss‘ and ‘Golden Kiss‘. Ice kiss is a cool toned almost white highlight and Golden Kiss is a warm champagne highlight. END_OF_DOCUMENT_TOKEN_TO_BE_REPLACED 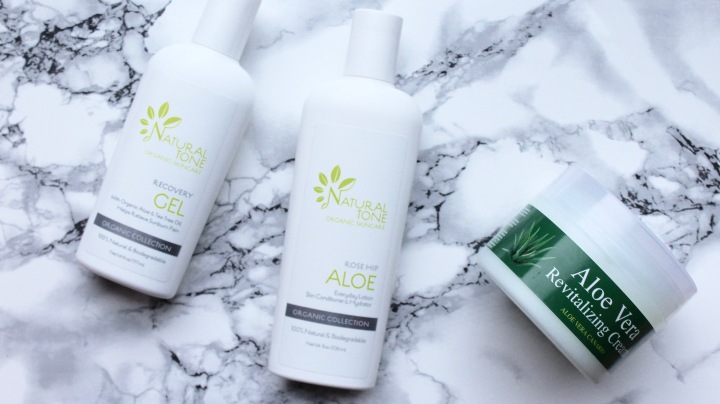 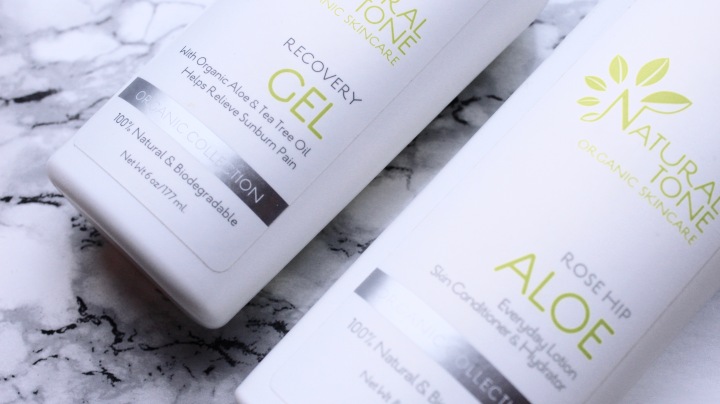 They always say mother nature is the cure for everything. Well I recently went to Lanzarote, Which is known for having some pretty big Aloe Vera Plantations and  picked up somethings to try for myself as I’ve heard alot of great things about Aloe Vera based products. The first thing I got was the Aloe Vera Revitalising Cream which was incredibly cheap, You can get 3 tubs of this stuff for around 5.99 euros. Absolute Bargain! When I tried it in the shop it felt super moisterising but also lightweight so it didn’t feel like a rich cream on my oily skin. As it was okay for my face, I think i will get more use of it on the rest of my body. I think it will be a perfect summer moisturiser because it sinks in extremely quick. The other two things I didn’t actually buy myself, My mum picked them up for me to try as I had sunburn on my nose and was walking round like Rudolf. The brand is Natural Tone and 100% Natural, So you know exactly what you’re putting on your skin. After A few days my nose became incredibly red and flakey from sunburn, Even after using a spf 30 face moisturiser! The idea is to use these to products in conjunction with each other. I used the Recovery Gel With Organic Aloe and Tea Tree Oil first which relieves sunburn pain. it felt super cooling and I was expecting it to sting but it really didnt. A little went a long way with this, I only needed a little and it covered my whole nose and I still had some let over. I also applied this to any spots I had and It definitely calmed those down aswell. Once I had applied that I applied The Everyday Lotion Skin condition and Hydrator for abit of moisture. This stuff has seriously sorted my nose out. I had such dry, Flakey skin on my nose, it actually hurt to touch. But after applying this on my nose every morning and night it feels so much better and It’s actually getting back to somewhat normal. It’s also helping with my redness which Is something I’ve never been able to get rid of. I am now a lover of Aloe Vera.Thank you mother nature! 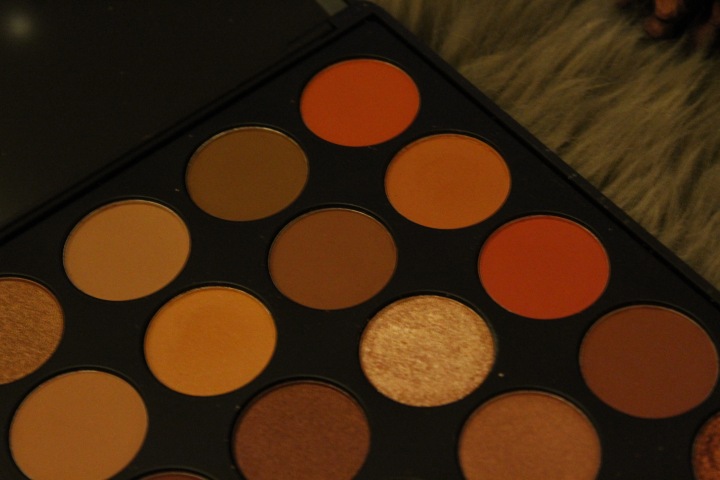 I’d just like to start the post off by saying that I’m sorry that there haven’t been posting many posts recently. I have no excuse for this apart from the fact I am seriously lacking motivation at the minute. I know every blogger in the world goes through this but recently I just haven’t been feeling it. TBH I haven’t even been interested in make up! I haven’t even been looking at anything but I have now got my blogging mojo back and fingers crossed will be posting alot more. I love blogging, Sometimes you just have to take abit of a break and realise why you started doing it in the first place. For me it was somewhere to post my thoughts on my favourite things, Mainly makeup with abit of fashion and daily life chucked in there for good measure. It was my place to write whatever I wanted, whenever I wanted, I Never imagined I’d ever have anyone looking. During this period of not writing blog posts that often, I reached 900 followers on my blog which is insane. I’ve said it before And I’ll say it again, I didn’t even think I’d get 1 let alone 900 so thank you all so much! And what a better way to kick things back off again with a blog post on the most wanted palette in the beauty industry. The Morphe 35o. For months now I have been stalking Beauty Bays instagram just waiting for that post saying they are back. They restocked last week but when i went on an hour after they had announced it, It was sold out!!! They said they would restock before the end of the week so I eargly awaited an update, Until one morning last week I was lay in bed half asleep, Squinting at my bright screen and they had updated their instagram saying they were back!  I’ve never been so quick at ordering in my whole entire life. I don’t say this lightly either..It literally took me 3 mins to order. I knew exactly what palette I was after…The Morphe 35o. It’s autumn/burgandy heaven in an eye shadow palette. Now I’m not a newbie to Morphe eye shadows, I got one a while ago which was more of a plum/purple toned palette and the quality was amazing. You’re basically paying £1.60 per eyeshadow. A MAC eye shadow is £10 for a refill and I think these are just as good as those, You just get so much for your money with Morphe and you don’t have to compromise on quality. As these are so popular, They are limited to one per person. I have to commend Beauty Bay here on the incredibly quick delivery… It arrived the next day even though It was on standard delivery! I pretty much squeaked at the post man and grabbed it from his hands when it turned up. As soon as I opened it I was swatching it in the middle of our office. One colour really stood out to me, The one in the bottom right which is a deep burnt orange shimmer. It feels like butter and It is so pigmented I actually couldn’t believe the quality of it. I have never tried one like it. I tried this one out on the weekend all over lid and It looks so good. I used some MAC fix Plus on a flat brush and packed the eyeshadow on. The Fix plus almost turned it into a foiled eyeshadow it was that pigmented. I’m a sucker for an orange/burgandy toned eye so this palette is just my definition of eyeshadow heaven, for £21 you can’t really complain can you!

The next on my list to try is the HUDA Beauty Textured Eye Shadow Palette which Is meant to be coming back to Cult Beauty in 2017! exciteddddd!!!!!! 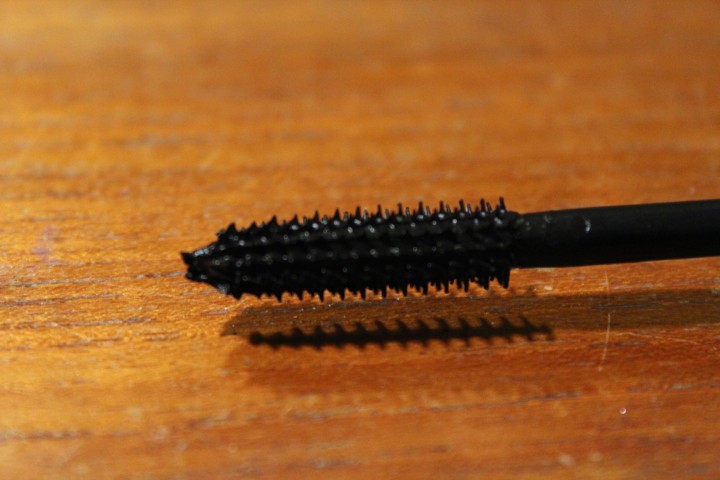 This mascara has been raved about by pretty much everyone! I couldnt wait to try it as i’ve been on the hunt for a new mascara (I’m quite fickle with mascara’s). I picked this up from superdrug for £5.49 and if im honest, I had high hopes for it due to the majoirity of the reviews being really good.

I’ll start with brush. It’s a plastic hard brush, with small plastic bristles, quite spaced out. The formula is quite wet which I personally, really don’t get on with. I have quite straight lashes so I need something to grip them and curl them. I feel like this formula weigh’s them down so they just kinda.. Stick out instead of up. I know, i’m good with descriptions arn’t i.

Anyway, on to the result. Unfortunatley I really didnt get on with the mascara, I was gutted because I really thought I would! It applys quite clumpy, no matter how I tried to fix it, it just made it more clumpy. I think its a mixture between the brush and the formula. I didnt get on with the Maybeline Lash Sensetinal either which was dissapointing after seeing other peoples results. Don’t get me wrong, I think it would be a good mascara if you like slightly plumper lashes and are not too bothered about volume. It just didnt work for me.

So, I am in the market for a new mascara, any suggestions?