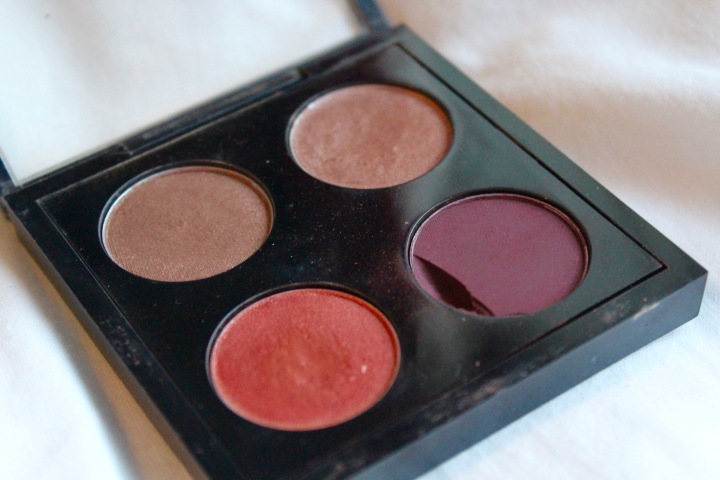 I first started creating my MAC Quad back in 2015. I didn’t really want to start one of the huge eyeshadow palettes as to be quite frank, I didn’t have the money to spend on eyeshadows that cost £10 each. So I ended up opting for a quad as it was the cheapest option. The first two colours I picked up were Mulch and Sable. I did a lot of research, Watched countless ‘My Mac palette’ videos on YouTube before I made the decision. I must admit They are pretty similar, but trust me they arent. I’ll start with Sable, Which is a described as a red brown with bronze. It’s also a Velvet finish so It’s got a little bit of sheen to it. I love this colour all over the lids and on the bottom lash line for a smokey look. Now onto Sable, Which is classed as a ‘Frost’. It’s descirbed as a Gold Plum With Bronze. I also love this all over the lid with a darker colour in the crease and outer corner. It’s stuch a lovely smokey shade but with a little hint of gold in there.

Next up are two purchases that we’re influenced by Jaclyn Hill. She did a YouTube tutorial on a sunset golden purple toned eye. I know, It sounds as amazing as it looks. So as soon as I saw that I assumed I would go to MAC, pick up the eyeshadows and become as good as Jaclyn when It comes to blending. Obviously that didnt happen as I dont think shes human. Shes too good. But I gave it a good go.. The two colours mentioned where Coppering and Deep Damson. Coppering is a ‘Velvet pearl’ and is described as a Orange Copper. The names gives it away really. It’s such a gorgeous colour. I use this on the middle of my eye, Blend into the outer corner and then add Deep damson. Deep damson is a ‘Matte’ Finsish and is described as a deep burgandy. I add this to the outer corner and blend away. I love how It add’s definition to the eye without being your typical dark brown.

Even though back last year I wasnt interested in getting a bigger MAC palette, I think its about time I extended my collection as they are really good eyeshadows. Any suggestions?